DIY vs Professional Dent Removal: When To Take Your Car In

Realizing you’ve got a dent in your car or truck is frustrating, especially if you discover it after the fact and don’t know how it happened. Unfortunately, dents and dings happen. Whether you were in an accident, rear-ended, or your parked car was hit, it’s a good idea to get dents fixed as soon as possible to prevent the damage from worsening over time.

Many people wrongly assume that dents are too complicated or costly to fix, and just end up living with them. However, most dents, even large ones, can be repaired without replacing the panels, and some minor dents can even be fixed at home.

When to DIY and When to Take Your Car In

If you have the right tools and you’re up for the challenge, you may be able to fix minor dents on your own. Just make sure to be realistic about which dents you can tackle yourself and when to take it to a professional.

It’s not a good idea to try to fix dents that are very large, deep, or involve any kind of damage to your paint job. These types of dents require special tools and expertise, so it’s worth taking your car to an experienced auto body shop to make sure the work is done right. Bumper dent repair should also generally be handled by a professional since modern bumpers are often made of high-tech materials that can be tricky to work with. On the other hand, smaller dents to your door, roof, or hood can sometimes be fixed with a DIY dent repair kit.

If you decide to try to fix the dent yourself, there are a variety of dent repair kits to choose from. The kit should come with detailed instructions and the tools you need to do the repair, such as suction cups, rods, dent pullers, and hot glue. Make sure to read the instructions carefully before you begin your repair. 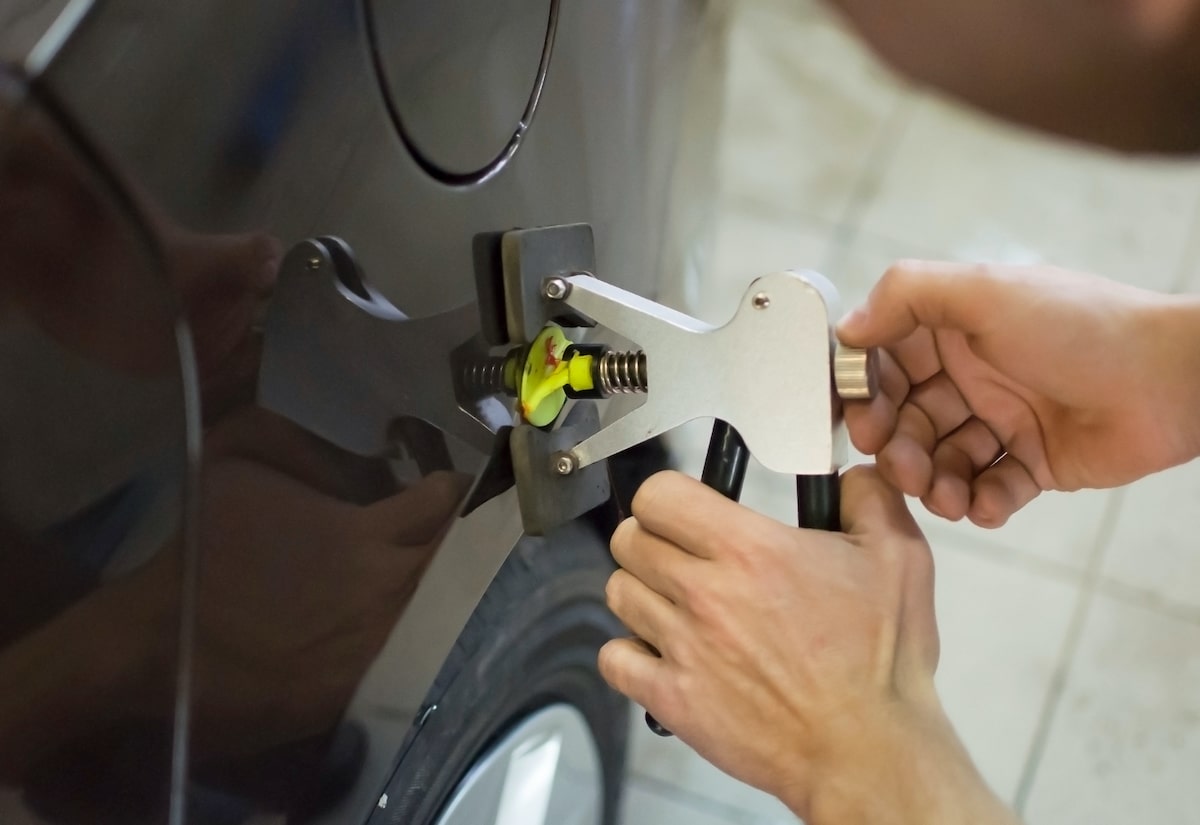 How to Fix a Small Dent in a Car Door

Once you’ve done some research and bought your dent repair kit, you’re ready to get started. Here are the steps you’ll need to follow if you’re using a traditional glue puller kit on a small dent:

How to Fix a Large Dent in a Car Door

In order to get a large dent out of your car door, you should follow the same steps as above, but you’ll need to use a larger glue tab to accommodate the size of the dent. It’s also more likely that the pull will create high spots or smaller dents that you’ll need to pull out. For this reason, larger dents are trickier to fix on your own. 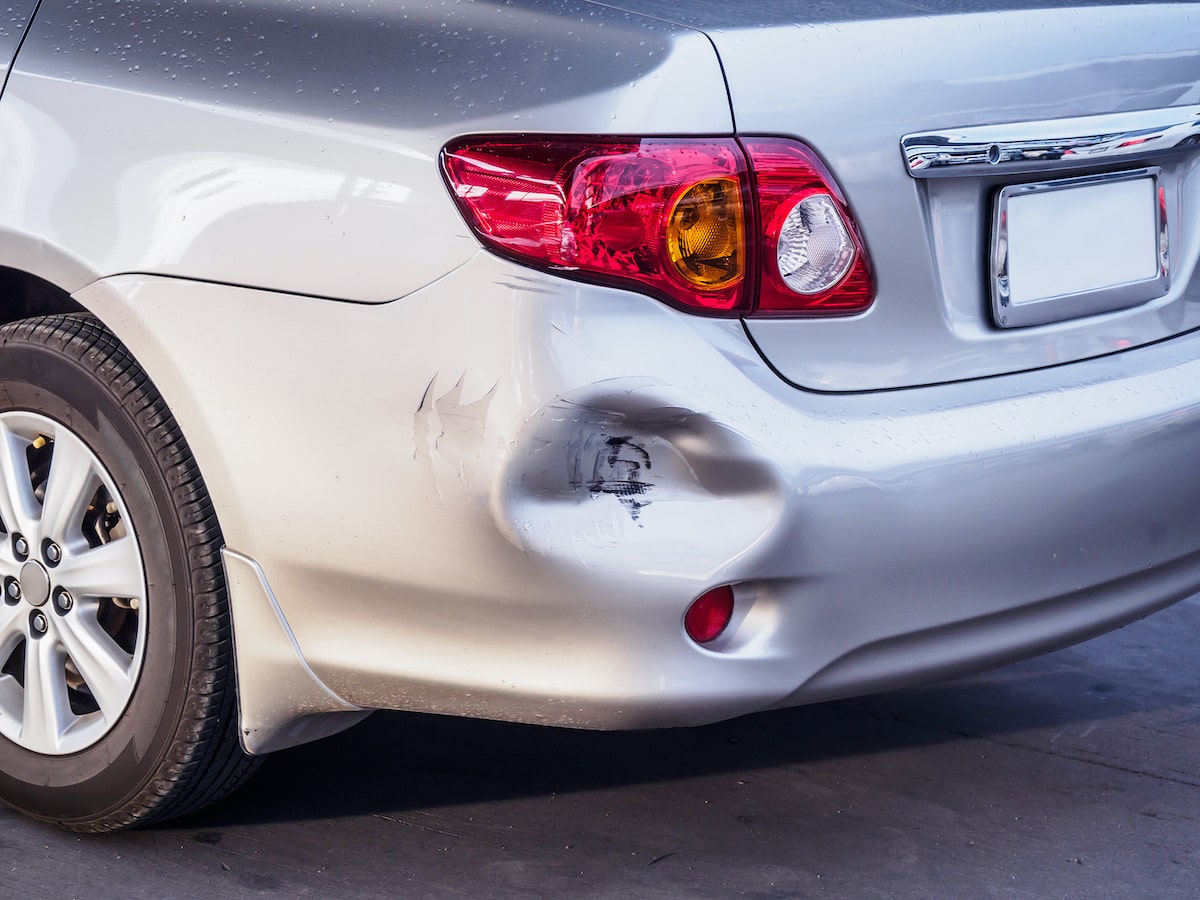 Whether you’re fixing a small dent or a large one, make sure to follow the instructions that come with your dent repair kit and take your time. Be careful not to crack the paint and stop right away if you do.

Anytime you get a dent in your car, your safest bet is always to take it to an experienced auto body shop to have it repaired by a professional. Minor damage can sometimes be fixed with a DIY dent repair kit, but if you’re dealing with a dent that is very large or deep, involves damaged paint, or isn’t on a flat panel, you’ll need to take it in.

The cost of professional dent removal depends on the size, depth, location, and the number of dents, and can also be affected by your car’s make and model. As a general rule, you can expect to pay between $50 to $120 for a 1-inch dent, and about $10 to $30 for each additional half-inch. If a paint touch-up is involved, the cost can be higher.

Get Your Dent Professionally Removed at Mackin’s Auto Body

At Mackin’s, we’ve been fixing dents and repairing damage for 75 years. Our skilled and experienced technicians are trained in a variety of dent removal techniques, tools, and materials. We’ll get the job done and have your car looking good as new. Plus, all of our repairs are guaranteed for as long as you own the vehicle.

If you have a dent that needs to be fixed or have questions for us, we’re here to help. Give us a call at 1-800-653-0665, reach out online, or bring your car into one of our 9 Portland/SW Washington locations.