Why work for Mackin’s? 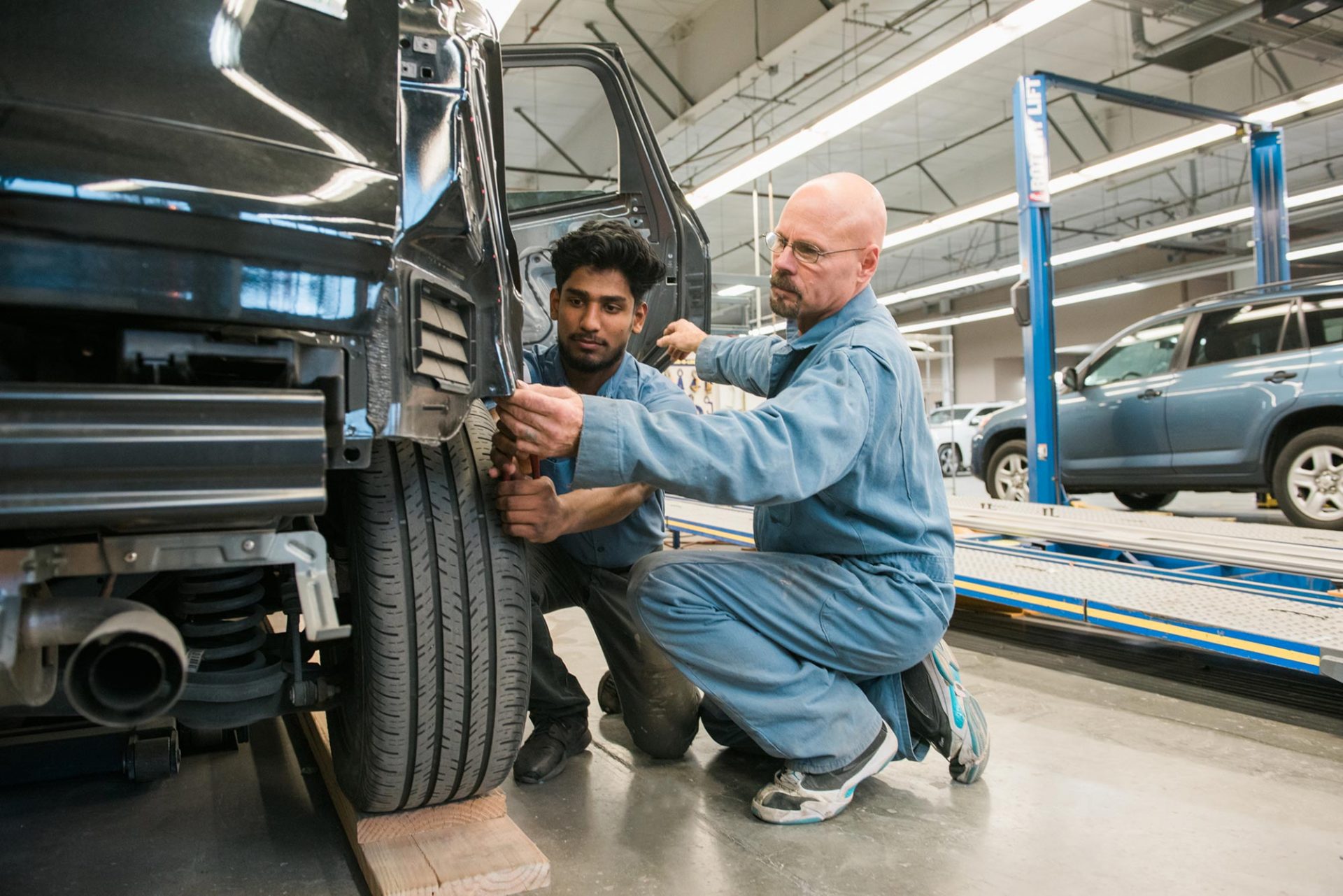 Local and family owned since 1945

Why work for Mackin’s?

Why Work at Mackin’s?

Mackin’s is a local, family-owned, multi-generational business that has been a trusted name in Portland/SW Washington for 75 years. Our team is full of great people who do great things. When we pick you, we want to watch you grow with the company as it continues to adapt with the changing times. We accurately portray our work culture, salary, and benefits; we are a transparent and fair organization. We provide comprehensive benefits and competitive salaries to every employee because we believe in treating our workforce like family. With ownership working closely in the business, no one is just a number; everyone is someone at Mackin’s. When you work here, you feel a sense of pride and belonging because the team love is real.

Why Work at Mackin’s?

Mackin’s is a local, family-owned, multi-generational business that has been a trusted name in Portland/SW Washington for 75 years. Our team is full of great people who do great things. When we pick you, we want to watch you grow with the company as it continues to adapt with the changing times. We accurately portray our work culture, salary, and benefits; we are a transparent and fair organization. We provide comprehensive benefits and competitive salaries to every employee because we believe in treating our workforce like family. With ownership working closely in the business, no one is just a number; everyone is someone at Mackin’s. When you work here, you feel a sense of pride and belonging because the team love is real.

Here at Mackin’s, we’re always looking to add members to our expanding family! If you have a passion for all things mechanical, drop us a line if you think we’d be a great fit. Click on the position to learn more about it.

I have been an auto body technician for Mackin’s Auto Body since 2000 and enjoy passing on my knowledge to the many apprentices that I have worked with. It is rewarding to see them continue to work for Mackin’s as journeyman technicians.

You’re a leader with great oral and written communication skills. You’re not afraid to delegate tasks and do what you need to do to accomplish your tasks. You’re motivational, inspiring, and positive.

You’re an extrovert or outgoing introvert who loves helping people. You’re attentive, detail oriented, kind, and socially nimble, ready for any social interaction that may come your way. You are professional, well groomed, and appropriately dressed for the part.

You’re an outgoing, socially dynamic person with great oral and written communication skills. You’re detail-oriented, organized, and perceptive in all parts of your job and life. Precision, accuracy, and efficiency are three terms that are important to you.

You’re a hard working, detail-oriented, organizational guru who loves spreadsheets and parts catalogues. You have good social skills and are interested in becoming a leader. You take accuracy and efficiency seriously as you prepare your colleagues for their next job.

Don’t see something quite right for you? Looking for more auto body technician jobs or frame technician positions? Let us know if you would like to be added to the Mackin’s talent pool and we will reach out when something opens up; check out our frequently hired positions.

Having been in the collision repair field for many years, I made the decision to find a company who shared my progressive values, and after long research, I chose Mackin’s Auto Body … What a great decision that was! The compassion for the customers, employees and the industry is real. The slogan “Old Fashioned Service with Advanced Technology” is genuine. The owners have indeed built a highly respected organization that is second to none.

Be Part of the Legacy

Mackin’s Auto Body began as Mackin’s Automotive in September 1945 when Bob and Doris Mackin purchased the Mobil Oil Service Station on Interstate Avenue in North Portland for a mere $1,000. In the beginning, Bob ran the service station while Doris handled the books. After just one year, Bob and Doris hired their first employee. The following year, they purchased the service station across the street. In 1949, The Mackin’s began what would be a 10-year run in the towing business.

In 1960, Bob Mackin built Mackin’s Garage on the corner of Denver Avenue and Schofield where our North Portland location is today. Bob’s son, Larry, began doing small jobs in the automotive industry when he was 10 years old in 1959. His responsibilities grew over the years and by 1970 he was working full time. In 1979, he was made a partner of the newly named Mackin and Son Automotive.

When Bob Mackin passed away in 2001, Larry and his wife Suzanne formed a partnership as joint owners of Mackin and Son Automotive, Inc. With the help of our valued customers, the business has grown and prospered over the years. We now employ over 125 full-time employees and have spread to 9 locations across Oregon and Washington.

Over the years, I have learned to value a variety of things in various work environments; the common theme being the privileges of working in a family business. Customer service is at the top of our primary focus. At Mackin’s Auto Body, I am a person with a name, not just a number. A comprehensive list of benefits are available to employees. Furthermore, the Mackins promote a culture of elevating employees within to their fullest potential in the company. I am proud to be part of their team.

What’s the Secret to the Magic?

The truth is, we owe all of our success to the hard work and talents of our amazing team. At each of our 9 locations, we have a staff of talented, dedicated, and highly trained automotive gurus who love their jobs. While we mainly hire technicians who are already skilled in their field, we offer extensive training at all of our locations. Our in-house training program allows you to learn industry standards and criteria for specific makes; we are certified to work on VW, Honda, Subaru, and Tesla automobiles. Every location has all the correct tooling and equipment to get any job done right the first time. We exclusively use OEM techniques and guidelines for every repair job, which means our customers know it’ll last. Our main priority is to provide complete, safe, and quality repairs to our customers, which has allowed us to become an I-CAR Gold Class designated business.

What Sets Us Apart from the Competition?

We believe in transparency and hard work; whether you need your car repaired or hope to join our team, you’re supporting a movement towards better workplace standards. Great benefits; no tricks or empty promises!

Working here at Mackin’s is more than just a job or career. Everyone knows Suzanne and Larry Personally. Whether it’s the golf tournament, the holiday lunches or just stopping by to say hi. It’s like we are an extended family. I owe so much to the Mackin’s. They have stood by me from the beginning. Allowing me to grow in the company and make a great life for myself and my family.

Mackin’s isn’t just an auto body shop. We believe in active community engagement and treating our customers and employees like family. Mackin’s actively donates to and works with the Juvenile Diabetes Research Foundation (JDRF) in addition to several local charities and causes. Every year, our employees, vendors, and customers gather for fundraising events such as our annual JDRF/Mackin’s Auto Body Golf Tournament which has raised over $350,000.00 to help find a cure for Type 1 diabetes.

I am grateful for the opportunity that Mackin’s Auto Body has given me. They have helped me see my full potential and value as an employee and have given me the chance to advance my knowledge in areas I was lacking by providing additional training and guidance when needed.

Active Advancement for All

Because we are always growing, we can provide the opportunity for advancement to all staff positions. We are always looking at our current employees for advance opportunities. For example, with hard work and dedication, you can start at a shop helper position and work your way up to a Body or Paint technician or even a Management position. We believe the key to maintaining a healthy work environment is supporting a happy workforce, which is why we put so much time and effort into our employees.

Working for Mackin’s Auto Body for over a decade has not just been a job for me but a career. The integrity of the work I accomplish is something I take pride in and allows for me to express my creativity while producing a high-quality product. But one of my favorite things about working for Mackin’s is that I am a 3rd generation employee. My Grandfather and Father both worked here and I’m proud to continue the tradition.

Our Company and the Community

Despite existing for over 75 years and growing to 9 locations across Oregon/SW Washington, we still want to maintain a small, family-owned business vibe. Our owners are active employees and know every one of their colleagues. Most big-name auto body shop chains are run by corporate boards, managed from afar, and funded by out-of-state investment firms, but not Mackin’s. You know that a majority of the money made at Mackin’s goes directly back into benefiting the company and its workforce. Our success comes from years of happy customers who we call family. What doesn’t go back into the company, is donated to charities and schools to benefit the communities we love so much.

Working at Mackin’s definitely has its benefits; great people, positive environment, and extensive training. We go above and beyond when it comes to caring for our staff. You’ll find that both our office job salaries and auto body technician salaries are competitive, and our benefits are comprehensive; we provide some of the best in the industry!

At Mackin’s Auto Body, I’m not just a number but a person with a family who is working hard to provide for my family and continue a great name for Mackin’s in the industry. The owners not only care about their employees but also about what we produce for the company. We are a direct reflection of their standards and what we all want the car repair industry to be. They care that a car is fixed the right way and the family will be safe in their vehicle and want their employees to have that same value in their work. That’s the one thing I have never found in the industry until working at Mackin’s. They have trusted me to train new and upcoming body techs. I’ve worked in this industry for over 45 years. Mackin’s isn’t just a shop, it’s my second home, my extended family and right where I want to be.